It is most important that we do all that we can to help depolarize the divide and actively confront the serious threats that we face. 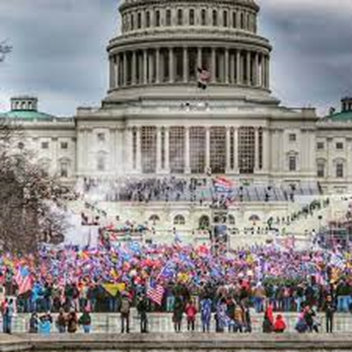 My world is both very complex, and really simple underneath its layers. I see:

It is not crazy at all (for me) to fear a Fascist State where:

For many white people a “zero sum world” of Blacks (and others) is encroaching and threatening their falsely perceived safety. If a Black Person does better, inevitably a white person — like them will lose at least the other’s gain. 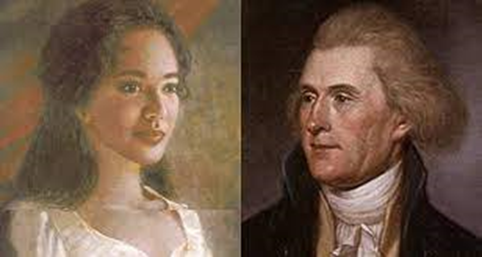 I live in a world of increasing diversity. BIPOC (Black and Indigenous People of Color), women, and others such as Queer/gender non-conforming people are leading important movements towards positive change for all of us.

Today, January 6, 2022 — one year to the day our Government was almost “overthrown” — it is most important that we do all that we can to help depolarize the divide and actively confront the serious threats that we face.

SO WHAT’S THE POINT?

Our country was founded by wealthy, white, male landowners taking the lands of Native People for themselves.

So What’s The Point?

When and how was The United States great?

Example: “We saved the world fighting for freedom in World War II”.

When the Nazis set out to legally disenfranchise and discriminate against Jewish citizens, they weren’t just coming up with ideas out of thin air. They closely studied the laws of another country. According to James Q. Whitman, author of Hitler’s American Model, that country was the United States.

“America in the early 20th century was the leading racist jurisdiction in the world,” says Whitman, who is a professor at Yale Law School. “Nazi lawyers, as a result, were interested in, looked very closely at, [and] were ultimately influenced by American race law.”

In particular, Nazis admired the Jim Crow-era laws that discriminated against Black Americans and segregated them from white Americans, and they debated whether to introduce similar segregation in Germany.

We have a history that includes much that is horrible related to racism, sexism, classism and other “isms”. The key problems related to this are the systemic nature of the problems and how they are interrelated.

WHAT’S THE THREAT ? AND WHY NOW?

A right-wing takeover is a realistic possibility! 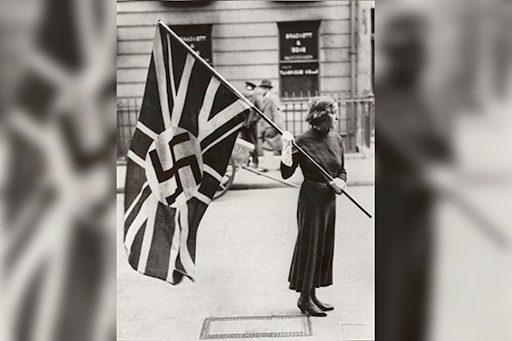 Those opposed to a right-wing takeover are not united! Our major unifying force is simple opposition to Donald Trump. This is far, far too little to build an effective movement upon. 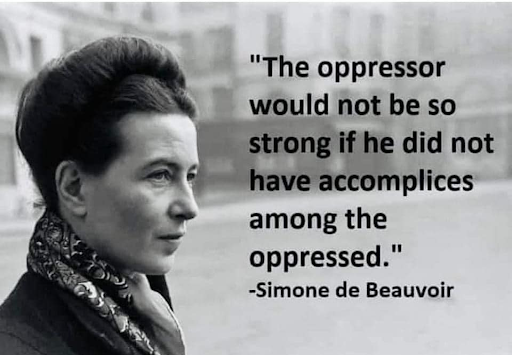 Too Little to Build an Effective Movement On

HOW DO WE NEED TO ORGANIZE?

BIPOC Americans, particularly Black Women, have often been the core of major organizational efforts. Their six and one half percent (13% including men) of our total population — can’t and won’t drag us white people ahead.

The 2020 election results point to the importance of white people, most particularly non-college graduates. Men are the largest opposition, though women aren’t that far behind.

Those interested in organizing work should work on the issue(s) you feel is/are most important. Supporting other causes is also important. I focus upon:

It is also very important for me to support issues like climate change, as well as supporting Palestinian Justice.

a. reach out and take risks, knowing that we will make mistakes,

b. learn how to repair our faux pas — which are not the end of the world,

d. be in our hearts — recognize our needs to move beyond our “head space”,

e. have balance — in our lives — taking the time to relax and recover, when we need a break,

f. be serious while having lighter/fun parts in our work (such as singing together),,

g. work as team players — being a cooperative partner — the cause is most important.

Showing Up for Racial Justice (SURJ) www.surj.org is the most significant white anti-racist group in North America. It has many local chapters.

Organizing White Men for Collective Liberation (OWMCL) www.owmcl.org began as a result of men steadily disappearing from SURJ three years ago. It is still getting fully organized. Its strength has been the internal/personal work of its members.

It is important that we do what we can — individually. We learn from each other. Your way isn’t my way — and that’s okay! Thanks! 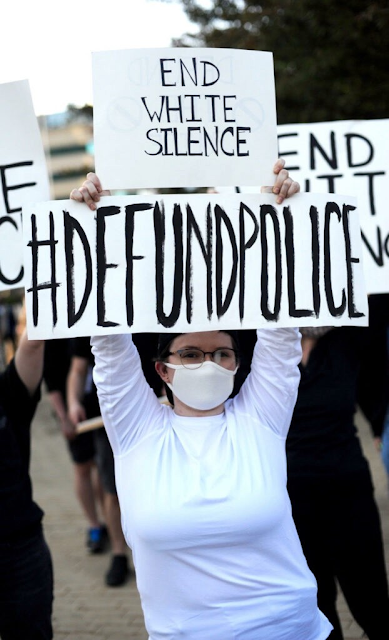 Let's End The Silence!  - Is "DefundPolice" a good outward image for us to put forth?