Lurrie Bell - a Blues Master - At His Best

December 09, 2018
I very much enjoyed Lurrie Bell's incredible musicianship tonite!    The night could only have been "more perfect"  if my beloved B had been able to be with me to share in what I "selfishly" loved. 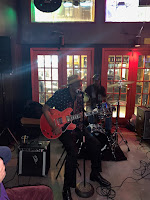 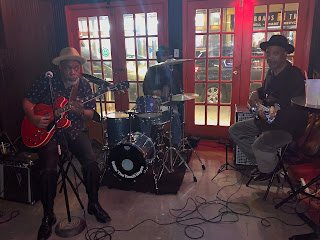 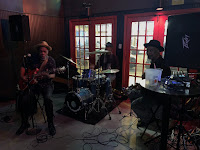 Lurrie Bell has long been my favorite blues guitar player.   His singing is also excellent.

This past evening his first set started out reasonably routine (for him).   "Bad Lurrie Bell" is better than most standout musicians at their best.   After perhaps 25 minutes of solid music, the intensity of the music tripled or quadrupled.    It became a most powerful force that I love so much.

Once the music got really going, it never let up.   Lurrie Bell plays a lot of blues standards, but he adds his unique style, greatly improving songs frequently.   He seemed full of energy on his guitar and his singing perfectly complemented his guitar work.   The band was consistently in sync with Bell, helping make his songs sound better and better.

A lot of the blues standards like Lowell Fulson's "Reconsider Baby" were beautifully interpreted, greatly strengthening the original versions of the songs.

Seek out and choose your favorite Lurrie Bell cd, so you won't miss any more than you have to of his wonderful music.

Hopefully - Thursday I'll be able to make it to Lurrie Bell's birthday party.   If my beloved can't make it I will reluctantly pass.   I'd really love it if B could feel connected to the band and D, Willie Hayes's wonderful wife, who assisted me with taking the pictures which are above on my cell phone and did her best to support those she really cares about.

Our paths will cross again (hopefully shortly).   I hope that many more people will discover the wonder of this music!   Thank you Lurrie, Willie and Melvin. 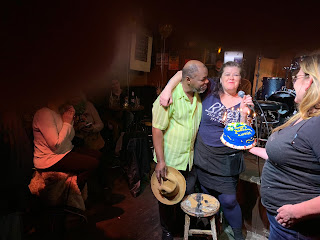 Lurrie lead a most wonderful 60th Birthday Party Evening at B.L.U.E.S in Chicago on December 13th, 2018.   Though his voice wasn't there, due to a bad cold, the music and atmosphere was most enjoyable.   He played the beginning of the first set and then invited Smilin' Bobby to take over, while he played rhythm guitar in the background.    His band of last week also had Roosevelt "The Mad Hatter" Purifoy on the keyboard.   Purifoy added nicely to the group. 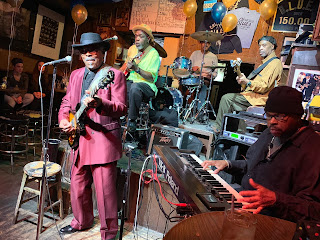 He was most capable, playing and older style of blues.   His playing helped show how great Lurrie himself is. 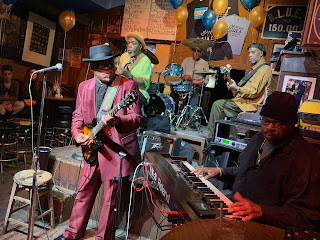 Lurrie began the second set strongly, playing some wonderful music.   He tried to sing (again), but obviously was limited by his sore throat.    Dan Carelli sat in while Lurrie rested, playing most capably both on Lurrie's guitar and singing.  I would enjoy hearing him play for an entire evening.

Then it was time for singing Happy Birthday and bringing out the cake and cupcakes.

Lurrie gave way again to Smillin Bobby and we left, after a most enjoyable evening.  It was nice to see Dick Schurman and Rick Kreyer and to meet the editor of Chicago Blues News. 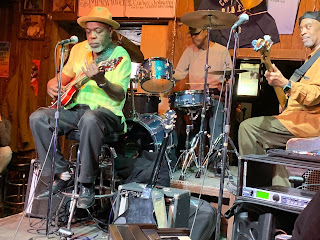 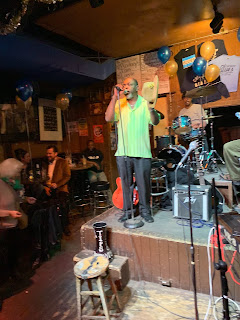