What does it mean for me to be “a man” in comparison to someone I know being “a woman”?   It means a lot, and at the same time it can mean nothing.    Growing up I felt isolated from others – very alone.   In significant ways it might have been similar if I had been a girl child, though I’ll never really know.

I remember when I first started developing pubic hair and entered teenage life as a boy.   I would guess that it was significantly different from having a period and breasts growing as girls experience life.   Others must have seen me, judging me by how old they perceived I was, rather than by knowing that I had entered puberty, as girls often can be perceived, when their breasts begin to grow.

There was no issue of others seeking me out as a sexual being.   I remember as a ninth grader being asked out for a “girl ask boy” dance.   I was scared, and declined the invitation.   At the few occasions I was out where things were “traditional”, I sat alone and felt very, very alone.   In some ways it might have been similar for some girls.  At the same time, I was “invisible” to others. It didn’t matter what I was wearing, nor how my hair looked, and of course there was no issue of me having makeup on then.

I can not imagine the pressures that girls often must face being pursued for sex, as teenagers.  “Does he like me, or does he just want sex?” – is an image that was far, far from any possible reality in my life.

Thinking about birth control - for me was a non-issue until I first had sex.   Possible pregnancy – was no issue until then.   There was zero issue in my mind – then, that I could be assaulted by another – either male or female.   There was no issue of someone older taking advantage of me.

While saying this, I want to make clear that plenty of teenage boys are sexually assaulted, and that they often are emotionally and physically isolated.   Whether they are “straight” (cis-gendered or not) – they may have issues of homophobia and self-blame, related to their assault(s).

Today – I am an escort at an abortion clinic in Chicago.   It is self-evident to me that many of the young women, coming into the clinic for an abortion, face a difficult emotional situation nearly all the time they are there.   Even when they know it is 100% the right choice and totally necessary, it still isn’t easy being there.  The myth, the huge myth, that those seeking abortions lack concern for life and don’t care about babies and life in general is a cruel lie. 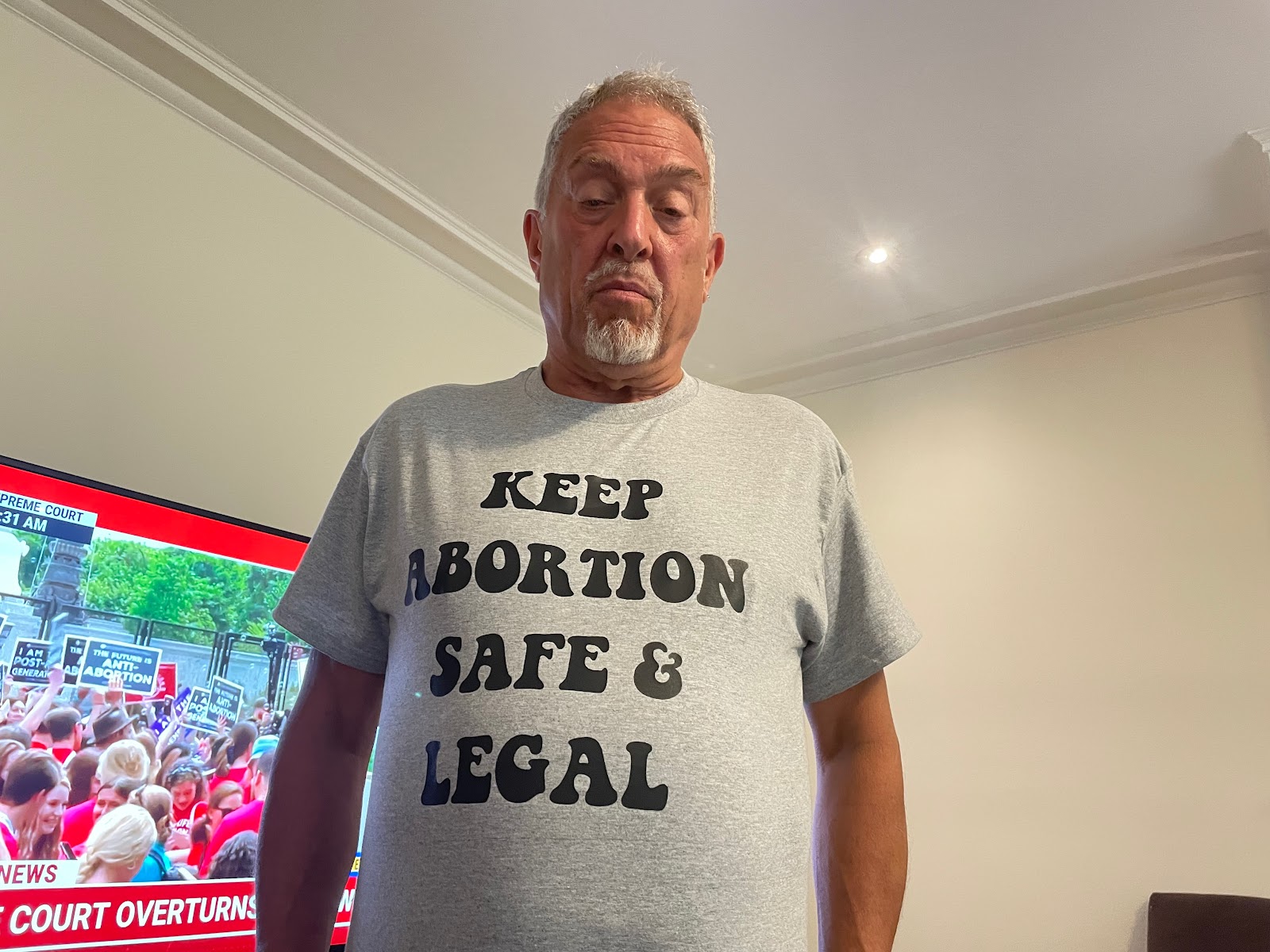 Where they have a male partner, sometimes I can see support, and evident connection.  Oft times either there is no peer male there with the young woman, or there appears to be possible conflict between the two when she enters the clinic, whether she goes in alone or with him.

Increasing numbers of men care significantly about reproductive justice.   It is no longer a “women’s issue” (alone).   At the same time, the fervor and passion is clearly must more among girls and women, than among boys and men.   Limited numbers of us are on the “front lines”.

I hope that over time more and more of us will connect on the issue.   My memories of abortion as a personal issue directly connected to my life are quite limited.   Neither of my life partners have ever had abortions, to the best of my knowledge. 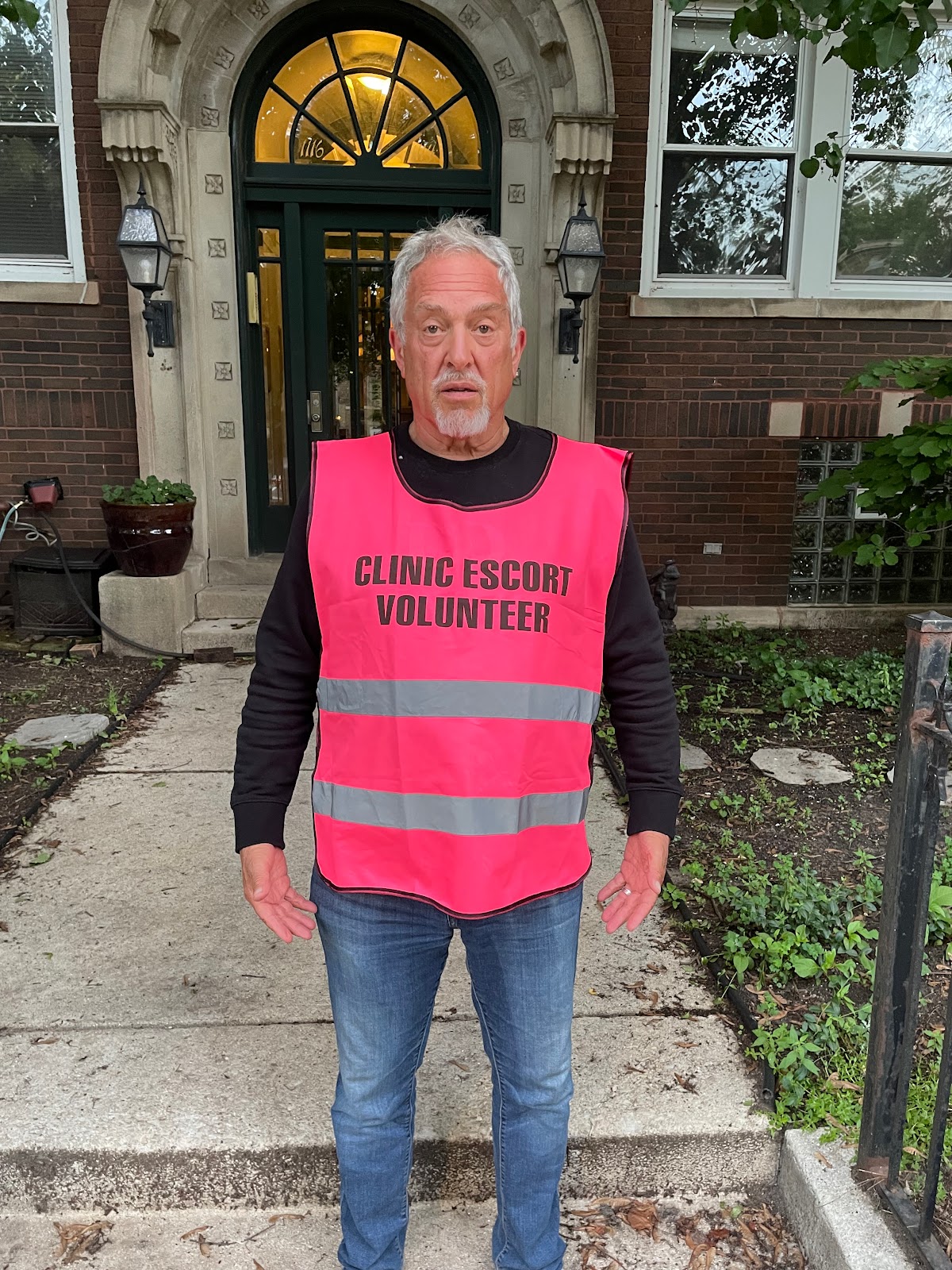 While I do care and try to show that I care through my escort work and organizing work, mostly with other men, I have a long way to go.   I hope to see positive change in the coming months and years among other men.   I hope that many more of us will directly connect with this important issue and that the level(s) of our commitment will grow, expodentially!