Witnessing Whiteness: The Need to Talk About Race and How to Do It - Review of an Excellent Book!

June 19, 2022
It was a crowd of primarily Black spectators that first brought my racial being to consciousness.   I will never forget the pointing, laughter, and yells: “Look at the white girl!”   As a sophomore in high school in the mid-1980s, I was the different one for the first time, the minority within a group.   Eight Black girls and I competed to go to the California State track meet in the 400-meter race. (xi) So begins the Introduction of a most interesting book, Shelly Tochluk’s: Witnessing Whiteness: The Need to Talk About Race and How to Do It .   (Edition three is scheduled to come out in August, 2022, two months from now.) Tochluk is very direct, often with personal examples of the importance of white people focusing upon their own complicity in racism, and their need to proactively learn and become as active as possible at dismantling structural racism.   She talks clearly of how we live in multicultural settings, yet understand so little of the daily experiences of BIPOC.    Th
Post a Comment
Read more 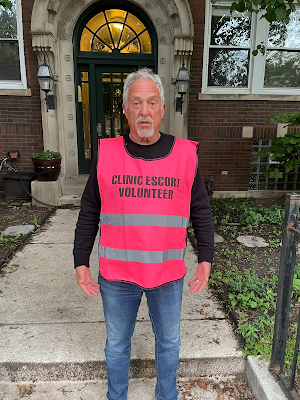 Yesterday (Saturday) Morning I was at a Chicago Abortion Clinic at 6:10 a.m. (early) for my first shift as a Clinic Escort.   A man was kneeling on the sidewalk, eyes closed, praying.  He had two (religious related) books and a large cross.   Though he was silent, and didn’t “do anything”, I immediately felt initial mild anger.  The massiveness of the issues - we face - seemed much more real to me! After a few minutes the shift coordinator and another woman who had trained us for our work arrived and gave a fellow newbie and me our bright pink vests.   Being visibly different and otherwise clearly apart from the protesters was important!  Initially mostly staff were arriving in their (largely) purple attire.   When a partner or friend dropped them off, they looked connected and calm, and they were happy to see us there, holding the door open for them and greeting them.   The women who had evident male partners looked very different!   Some looked afraid.  Many looked like t
Post a Comment
Read more 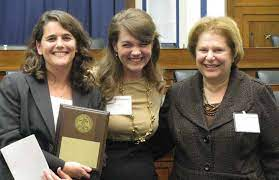 I never knew Gillian. Gillian was the daughter-in-law of Jean and Larry who I have known for around 56 years.    Gillian was the beloved wife of Michael, who was born in Madison on my 19th birthday, a few years later. Gillian was a loving mother of two wonderful daughters Allison and Maya, who were lucky enough to have her as a mother, and unlucky enough to have lost her, one as almost a young adult, and the other several years younger. I remember Jean telling me of how Gillian, in all her pain, told her teenage child to respect her grandmother in a small,  but significant way. " My future wife, who was teaching English and also being paid squat, lived in the apartment next to me.  I went halfway around the world to meet a nice Jewish girl from New York." "This year, the FBA is pleased to announce Gillian __ as the Transportation Security Lawyer of the Year."   ... "___ attended Williams College, graduating magna cum laude, and the University of Michigan School
Post a Comment
Read more 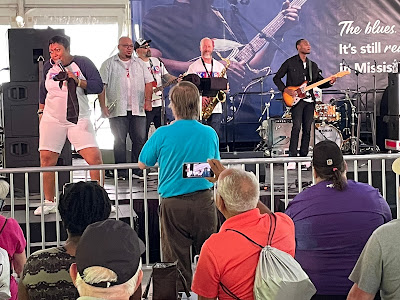 Thursday The Keeshea Pratt Band An enjoyable start to the Festival for me! Erwin Helfer and His Boogie Woogie Ensemble Erwin is now 86, and still plays an enjoyable boogie woogie styled blues Joanna Connor She is a solid, powerful guitar player and singer! Toronzo Cannon Friday Ms. Jody Subtle - she is NOT - but most enjoyable! The "guest" was an audience member! Joey J Saye Solid!  Thornetta Davis Strong, warm and great show!   20 minutes after she finished - I passed her walking up the isle Mike Wheeler A Very Solid Guitar Player and Singer! Billy Branch First off, I must admit my prejudices!   Billy Branch is, in my estimation, the greatest living blues harp player.   I've seen him perform perhaps 20 or more times.  This set started out in a non-descript manner.  Then it simply Took Off!   "Boom, Boom, Boom, Boom" - was one of the initial, incredible songs.   There was a tribute to Theresa's Lounge (Junior with Buddy - wonderful there decades ago - as we
Post a Comment
Read more

We Do This 'Til We Free Us - Mariame Kaba's Special Book

June 04, 2022
WE DO THIS ‘TIL WE FREE US – by: Mariame Kaba is a special book!1. Prison-industrial complex abolition is a political vision, a structural analysis of oppression, and a practical organizing strategy.   While some people might think of abolition as primarily a negative project – “Let’s tear everything down tomorrow and hope for the best” – PIC abolition is a vision of a restructured society in a world where we have everything we need: food, shelter, education, health, art, beauty, clean water, and more things that are foundational to our personal community safety. (p.2) Kaba describes something that is both very clear in its vision, and also confusing in seeing as a new evolving reality.   She tells us that we must: 1.     Build necessary radical societal changes which will require us to radically change ourselves, 2.     Learn from revolutionary movements how to create collective less hierarchical, reducing violence and harm, 3.     Change things so there is less contact b
Post a Comment
Read more

Hearing and Taking in Difficult Truths

May 19, 2022
A significant number of us are progressive (usually white) people living in an upper-middle class world where we see a horrible divide between radical right wing - often Republican - politicians and followers, and we - people who value loving caring relationships with others.   We are united in opposing racism in the United States.  We recognize that racism is primarily systemic, not personal, and that it has existed for 400+ years. We are united in supporting women and girls freely having control of their own bodies, including where desired (necessary) legal, safe abortions. We are united in recognizing the dangers of global warming, and the needs to slow and end doing things that further endanger the survival of all. We are united in recognizing the dangers of Covid, and see the need for vaccinations, and where further necessary, masking and other efforts to protect all from Covid's dangers. We are strongly supportive of a democratic state where all citizens are encouraged to v
Post a Comment
Read more 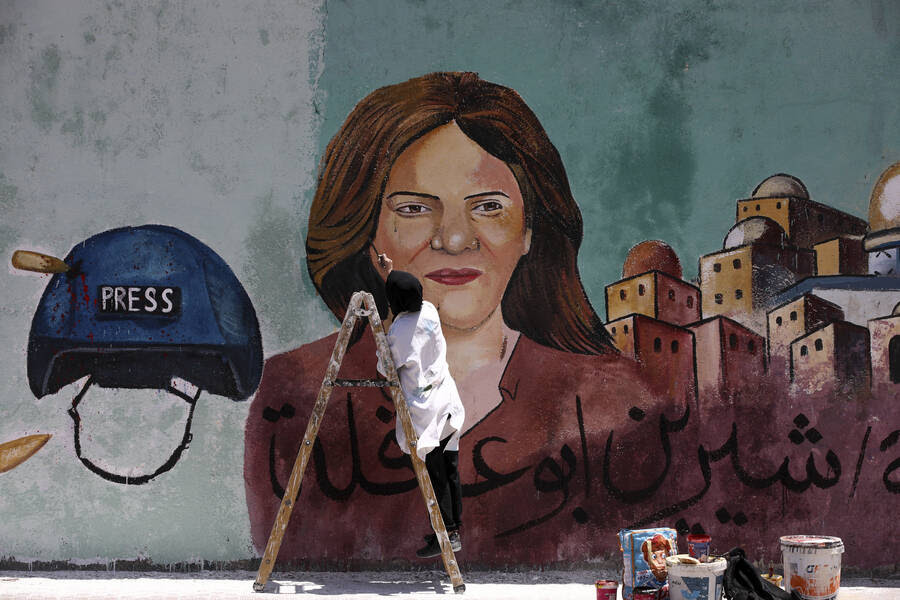 From Jewish Currents: May 17, 2022 A Palestinian artist paints a mural in honor of slain Al Jazeera journalist Shireen Abu Akleh in Gaza, May 12th, 2022. May 17th, 2022 Six days ago, Shireen Abu Akleh, the legendary Al Jazeera journalist who spent more than two decades reporting on Israeli occupation and violence, was shot and killed while covering an Israeli military raid of the Jenin refugee camp. Palestinian eyewitnesses, including two other reporters, said Israeli soldiers shot at Abu Akleh and her colleagues as they tried to enter the camp. Though Israeli officials initially denied responsibility and blamed “armed Palestinians”— and though many prominent media institutions at first  adopted  the state’s line that Abu Akleh was killed amid “clashes”—social media quickly amplified the voices of those who witnessed her death: “​​ The shooting didn’t come from the Palestinian side,”  Shatha Hanaysha, a reporter for  Ultra Palestine  and  Middle East Eye  who was there with her,  has
Post a Comment
Read more
More posts